Thank you for attending… 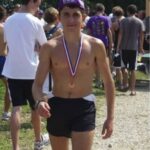 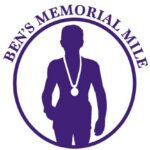 Ben's Memorial Mile is a 501(c)(3) nonprofit organization that runs a running gala and community festival held every summer to raise money and awareness for mental health and suicide prevention in honor of Ben Silver.

Thank you to all those who participated this year. We had another successful event thanks to YOU! Scroll down to learn more about the causes we donate to. Stay tuned in early 2023 for next summer's date!

Information about our 2022 event:

We had three fundraisers for our cause:

Ben’s Memorial Mile is comprised of timed races on the track for all ages and abilities in addition to other fun activities. It was held on Saturday, July 23 at Downers Grove North High School. Stay tuned for next year’s date! 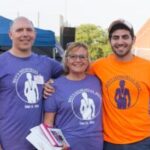 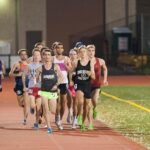 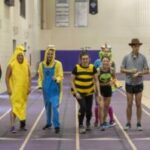 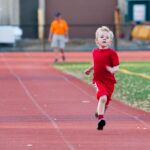 Thank You for Being a Part of Ben’s Story

Use Amazon to Donate

Looking for other ways you can donate? You can purchase Amazon goods through Amazon’s charitable website smile.amazon.com and select Ben’s Memorial Mile as your charity. A portion of your purchases will be donated to BMM.

Jamie Silver (Ben’s mom) wrote a book about connecting with Ben. You can find Our Forever Ben: Letters from a Loving Mom to Her Son in Spirit, And His Poetic Replies via the link below.

Benjamin Lee Silver was not only a son, brother, cousin, friend, teammate, captain, and fierce competitor—he was also a huge figure in his community: an enthusiastic and empathetic person who positively touched those around him. As a student at Downers Grove North High School, he was a four-time all-state athlete well known for his success on the track and cross-country course. Ben continued his athletic and academic pursuits at Miami University of Ohio, a top liberal-arts institution with a storied athletic history. However, during his college career he had a series of injuries and could not run, and his academics struggled as a result. He began acting erratically, and during the summer of his junior year he was diagnosed with schizophrenia, an often misunderstood and misdiagnosed disorder that typically arises in late adolescence and early adulthood. Though Ben’s struggles with this terrible illness eventually led to him taking his life in July 2015, the influence he had as a family member, friend, teammate, captain, and competitor lives on.

Where Your Money Goes

The Brain & Behavior Research Foundation is committed to alleviating the suffering caused by mental illness by awarding grants that will lead to advances and breakthroughs in scientific research.

NAMI, the National Alliance on Mental Illness, is the nation’s largest grassroots mental health organization dedicated to building better lives for the millions of Americans affected by mental illness.

Can't make it to an event? Here are two ways you can help!

Donate today or volunteer your time!